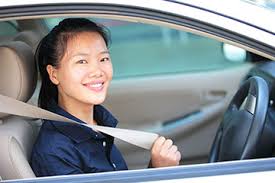 When I first started driving, I didn’t like to wear my seat belt. I rationalized that it was safer for me to drive unrestrained, and I could escape my car easier during an emergency if I wasn’t belted in. Then in 1986 California’s first seat belt law took effect requiring both drivers and passengers to wear seat belts when riding in any passenger vehicle. The law was put into effect to save drivers from needless death and injury, and to save taxpayers money that was lost due to traffic collisions.  I still wasn’t buying it. Maybe it was the rebel in me, but nobody was going to tell me what to do, and even after it became mandatory to wear a seat belt, I still drove around without wearing one.

Then one day about three months after the seat belt law passed, I was driving down the street to the store at the corner when I felt a pain. Not a physical pain, but a hit to my wallet. I was pulled over by a police officer, and given a ticket for not wearing my seat belt. I complained to the officer how unfair I thought the new law was. I asked him “Since the law was only passed a few months ago, and I’m only a couple of blocks from my house, can’t you forget about the ticket, and just let me off with just a warning?”

“No” he said, “It’s not the fact that the law is new, or that you’re close to home that’s important, it’s the importance of the law itself, so for your own good I going to give you both a ticket and a warning.” As he wrote down my information in his ticket book, he told me about his twenty-year career as a police officer, and the many accidents he had seen where the driver could have walked away unhurt if only they had been wearing their seat belt. When he was done and drove off, I felt anger about getting a ticket, but I also felt relief. Not relief that the police officer was gone, but relief that I had gotten away with driving without a seatbelt for so long without getting hurt.

From that day on I wore my seatbelt and made sure all the passengers in my car did so as well. Every once in a while I would read a story about a driver who had been killed in an accident because they hadn’t been wearing a seatbelt, and I would silently thank the police officer who had given me the ticket. One story that really drove home the point to me about the importance of wearing a seatbelt was the death of Princess Diana.  Diana was a member of the British royal family who was the first wife of the heir apparent to the British throne, Charles, the Prince of Wales. She was a beautiful and glamorous woman who was also known for her kindness, and her commitment to the many charities she was involved in. Princess Diana never traveled anywhere without bodyguards whose job it was to protect her life. Then in 1997 she was killed in an auto accident because those very same bodyguards in charge of her safety allowed her to ride in a speeding car without wearing her seatbelt.

Now as a driving instructor (Local Driving School)  I’m the one in charge of other people’s safety. When I’m not working I enjoy playing poker, especially “No-Limit Texas Hold’em.” In that game, you can’t rely just on skill, but luck as well, so sometimes you have to gamble that a particular hand will work out your way. I’ll gamble at the poker table, but not in my car, because when you’re in a car, you gamble with your safety, and by not wearing a seatbelt, you’re betting with your life.